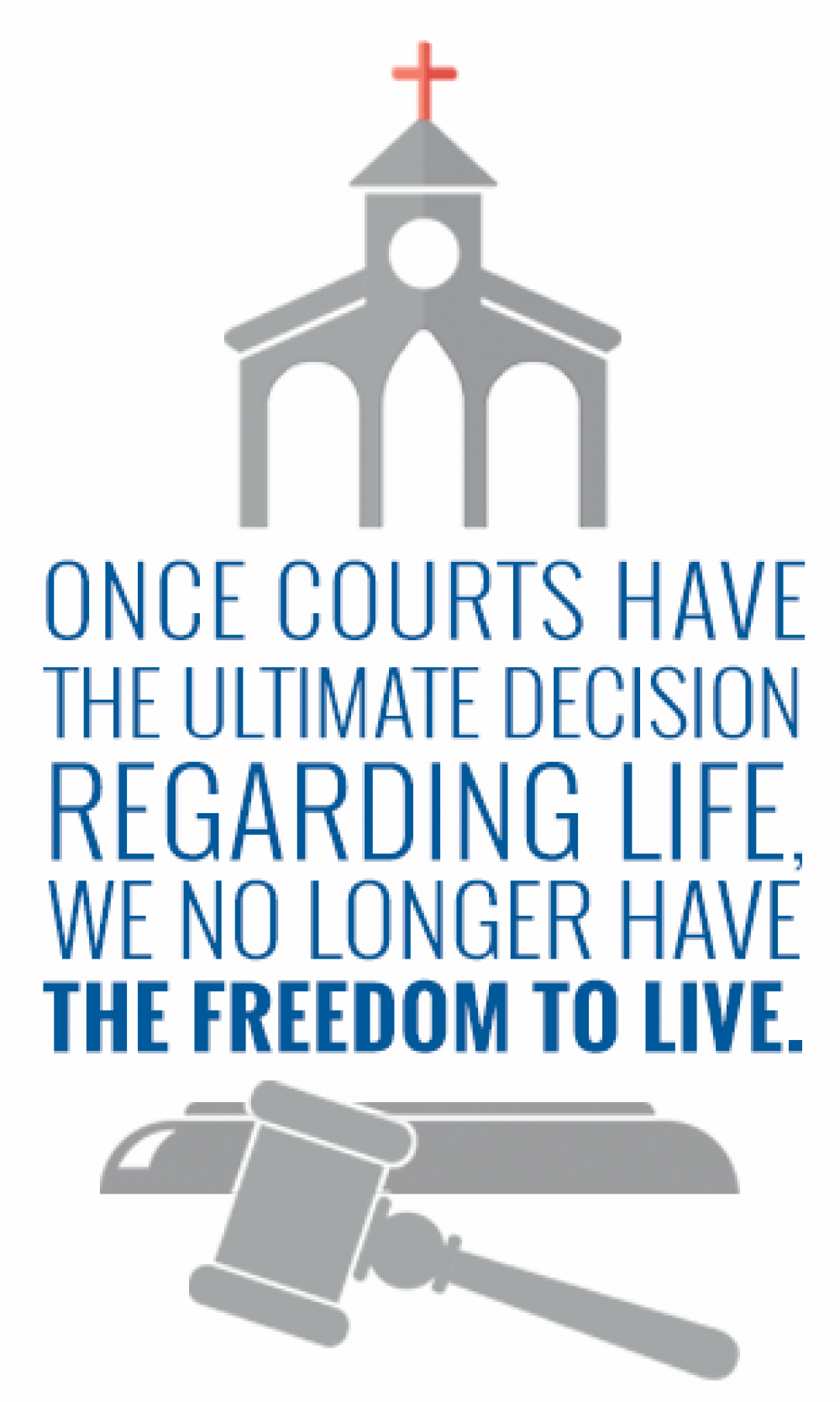 Throughout the ongoing battle to defend life in the courts, in Washington, DC, and in state houses, we saw many heartbreaking defeats. And yet, we have also seen hugely encouraging victories, especially in recent years. In June of 2022, the U.S. Supreme Court overturned Roe v. Wade, which had interpreted the U.S. Constitution as guaranteeing the right to abortion. In the five decades since that 1972 decision, millions of babies have been murdered—never given a chance at life outside the womb—at the hands of a mother’s “choice.” Yet countless individuals, organizations, churches, pastors, attorneys, legislators, and politicians never gave up the fight to right the wrong of Roe and, until that could happen, to limit abortion as much as possible through advocacy, community outreaches, crisis pregnancy centers, laws, regulations, and lower-court decisions. The culmination of those efforts was realized in 2022 when the Supreme Court issued Dobbs v. Jackson Women’s Health Organization, holding the US Constitution does not, in fact, provide a federal right to abortion. The effect of the decision was to return that issue to the states, allowing them to regulate abortion however their legislatures deemed fit.

Now that the federal government no longer has authority to tell states they have to allow abortion, the battle regarding the sanctity of life for the unborn is reaching fever-pitch levels. Many state and local governments are trying to censor or silence God’s people on this issue. One state attempted to require crisis pregnancy centers, even those owned and operated by churches or faith-based organizations, to violate their own convictions by disseminating information about the availability of abortion. Thankfully, those efforts were also overturned by the Supreme Court. Now, Congress is attempting to pass a federal law that would enshrine abortion as a legal right in all 50 states. So the battle continues.

The church is called to be salt and light in a dark world. The NCLL’s mission is to fight any action by the government that would make it more difficult to operate ministries that reach out to the community and lend a helping hand to hurting people.

These policies are gaining traction here in the U.S. Legislation regarding assisted suicide is a topic of conversation at some level in nearly every state. But regardless of a person’s view on terminal illness and the right to die, those decisions should be made by the patient—not by a doctor, judge, or jury.